Setting: In and around the Overlook Hotel, Colorado, late September to November, 1975. 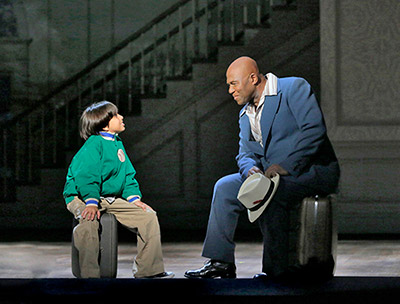 Jack Torrance has been engaged as winter  caretaker for the Overlook Hotel in a remote part of the Colorado Rockies and arrives there with his wife, Wendy, and son, Danny, during the last week of September, at the end of the hotel's season. Wendy and Jack welcome the change the hotel will bring to their lives, believing that the experience will bring the family closer together; Jack is also happy that he'll finally have time to finish his play. The general manager, Stuart Ullman, gives the Torrances a tour of the hotel and touts the history of its famous guests. The family is then introduced to the hotel cook, Dick Hallorann, who shows Wendy and Danny to the kitchen.

Ullman privately expresses his concerns to Jack about his personal history, which he has learned includes physical abuse and alcoholism. Jack reassures Ullman that he has conquered his problems and that all will be fine. Bill Watson takes Jack to the basement where he instructs him on the boiler and tells some stories about the hotel's nefarious past: a previous caretaker, Delbert Grady, killed his wife and two daughters before taking his own life; another guest, Mrs. Massey, committed suicide in a bathtub after her young lover abandoned her.

At the same time outside the hotel, Hallorann confides in Danny that he senses the boy shares a second sight, the shining, that Hallorann's grandmother detected in him as a child. He also tells Danny that fears about the hotel can be controlled but encourages Danny to call out to him if the Torrance family is in danger. Ullman, Watson, and Hallorann bid the Torrances farewell, leaving the family alone on the porch of the Overlook.

One evening several weeks later, Wendy reads Treasure Island to Danny while Jack works on his play. As Danny leaves to brush his teeth before being tucked in, the couple affirms their love for each other. Danny is trapped in the bathroom and once he escapes, appears traumatized, claiming to have had dark visions. Jack tries to shake Danny out of it, but Wendy stops him, revealing that Jack once injured the child. She vows to take 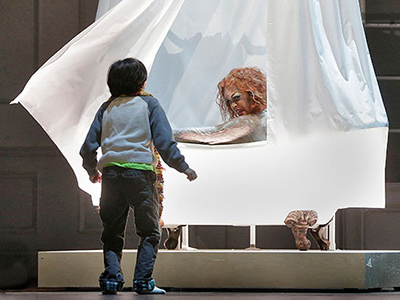 Danny to the doctor in town the following day for a check-up. As she tucks Danny in and sings him a lullaby, Jack recalls his own childhood abuse at the hands of his father, Mark. Danny utters a curious message "redrum" which Wendy dismisses as a reference to Treasure Island.

Jack sifts through boxes of memorabilia in the basement a week or so later, finding a scrapbook assembled by The Manager. He learns more about the Overlook's infamous past, including Horace Derwent's sale of the hotel to the Mafia and a subsequent hit that occurred there years later. He also reads about the tragedies of the Grady family and Mrs. Massey. An invitation to a New Year's Eve masked ball drops from the scrapbook and ignites Jack's imagination. He vows to tell the hotel's story. Wendy and Danny return from the doctor where Danny has received a clean bill of health. Disturbed about Jack's obsession with the Overlook, Wendy requests that they all leave immediately, but Jack dismisses the idea.

The first week of November. Wendy is awakened by strange noises, and Danny runs into his parent's bedroom in a panic. Jack checks the elevator, then the ballroom, where he momentarily hears people and finds a dog mask and a giant croquet mallet. He is shaken, but composes himself, returning to their room to reassure Wendy, who still believes they should leave the hotel.

Danny has approached Room 217 several times in the past weeks, and now, in late November, finally enters it with a key. In the hotel office, a ranger on the CB radio warns Jack of an upcoming blizzard. Suddenly, the ranger's voice becomes that of his father Mark, telling Jack to kill his family. Jack smashes the radio with the mallet. Wendy rushes in and is horrified to learn that Jack has destroyed their only contact with the outside world. Danny is found with his clothes wet, bruises around his neck, and lipstick marks on his face. As Jack rallies to protect his family, the structure of the hotel collapses, and all of its ghosts appear, including Delbert Grady, Mrs. Massey, Horace Derwent, and the guests of the New Year's Eve party. Danny cries out for Hallorann as a light snow begins to fall.

One day in early December. Jack returns to the basement for the boiler's daily maintenance. Grady appears and encourages Jack to apply the same discipline to his son that Grady meted out to his daughters. He then invites Jack to join him for the masked ball. Upstairs, Danny warns his mother that they have gotten to his father. Wendy tries to mitigate his fears, but once Danny is alone, he again calls out for Hallorann.

Jack enters the ballroom where the masked ball is in full swing and orders drinks from Lloyd, the bartender. Onstage, Horace Derwent, Grady, and Lloyd raise their voices in song, soon joined by Mark Torrance and then Jack, before he collapses and the party dissolves. Finding her husband sprawled on the floor, Wendy tries to help him upstairs. When he attempts to strangle her, she renders him unconscious by smashing a bottle over his head, and she and Danny lock him inside the pantry. When Jack comes to and demands to be released, Wendy leaves the kitchen with Danny, taking a large knife with her. Grady enters and helps Jack free himself from the pantry.

Upstairs in the caretaker's quarters, Wendy tries to assuage her son's fears before returning to the kitchen for food. She sees ghosts in the ballroom, but convinces herself they are not real. Jack suddenly attacks her with the mallet. Wendy plunges the knife into his back and runs back to the quarters, locking the door. Jack follows her and almost breaks through the door, when Wendy slices his hands with razors she has retrieved from the bathroom. Grady and Derwent appear to Jack, telling him to dispose of Wendy later, as Hallorann is suddenly approaching the hotel on a Snowcat and must be attended to.

Hallorann enters the hotel. Danny runs toward Hallorann, attempting to warn him, but Jack strikes Hallorann with his mallet, rendering him unconscious. Jack corners Danny, but Danny bravely stands up to him, saying, "You are not my father." Returning momentarily to his senses, Jack begs Danny to run, allowing him to escape. Derwent, Grady, and Lloyd appear, castigating Jack for his failure and warning him that the boiler is about to explode.

Hallorann revives, and drives Wendy and Danny away from the hotel in the Snowcat. In the basement, Jack resolves to let his family live. When they are out of harm's way, he allows the boiler to explode, causing the entire hotel to burst into flames. 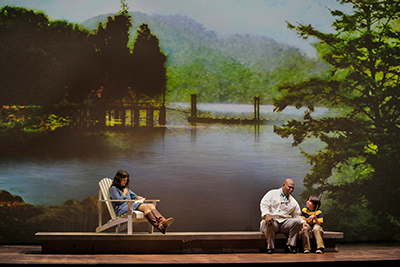