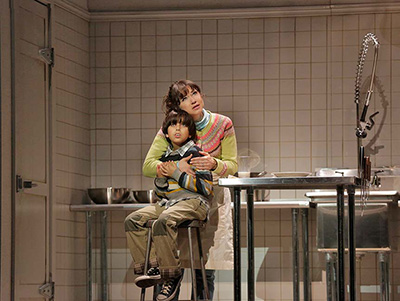 “The excitement was palpable…as the audience sat waiting for the world premiere of Paul Moravec’s hotly anticipated new opera, The Shining…Pulitzer Prize-winner Moravec and his accomplished, prolific librettist Mark Campbell wisely chose to hew closely to Stephen King’s 1977 bestselling novel…Armed with this rich source material, Moravec proves to be a masterful musical dramatist...the music is impressively creative, maximally effective, and it continues to outdo itself throughout the piece.” — Joshua Rosenblum, OperaNews

Classical MPR: “It’s a Hell of a Ride”

“On a beautiful Saturday night in St. Paul, an eager crowd made its way to [The Ordway], each person holding one of the hottest tickets in America: a ticket to the world premiere of The Shining…The new opera surges forward on the strength of electrifying music by Paul Moravec. The singers, performing a libretto by Mark Campbell, float atop the orchestral score like uncertain vessels on a roiling sea as their stay as demons awake to torture them. It’s a hell of a ride…‘Is it scary?’ It is…Moravec has created a soundtrack to the chaos within Jack Torrance’s heart, and it’s truly terrifying.” — Jay Gabler, Classical MPR 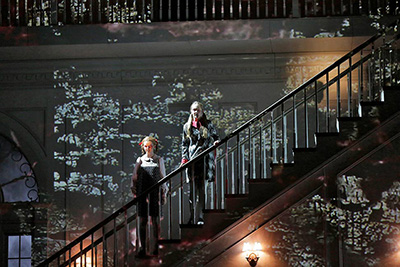 “…Basing an opera on a famous movie or book may boost familiarity and bring in audiences, but it also raises the stakes — what new insights does an operatic treatment bring to the project? The Shining, by Paul Moravec and Mark Campbell, a well-made, entertaining piece that had its world premiere at the Minnesota Opera passes the test... it elevates the tale from horror story to a human drama…[with] Campbell’s carefully constructed libretto [and] Moravec’s witty, evocative music…” — Heidi Waleson, Wall Street Journal

The Star Tribune: “A Resounding Yes”

“Look out! There’s trouble again at the Overlook Hotel…[and] the much-awaited opera version of ‘The Shining’ received its premiere…If the evening’s chief question was, can a legitimate, engrossing opera be fashioned from an unlikely source — a popular horror-thriller tale — the answer offered in this eye-filling multimedia production with its Romantic score by Paul Moravec and deft libretto by Mark Campbell, along with a first-rate cast, was a resounding yes…” — Michael Anthony, Special to The Star Tribune

L'Etoile: "A Thrilling Addition to the Repertoire" 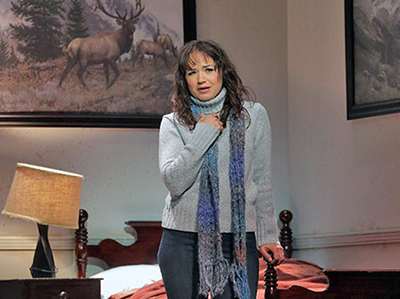 “[The Minnesota Opera’s] New Works Initiative might have scored its biggest triumph yet with the world premiere of Paul Moravec and Mark Campbell’s The Shining. While at first blush Stephen King’s iconic modern-day horror novel might seem an odd choice for an opera, Moravec and Campbell have created a thrilling addition to the modern opera repertoire [that is] based directly on King’s 1977 novel...All of this gives Moravec room to create an atmospheric score...[that] easily conveys to the audience the consuming unease that permeates the story. Meanwhile, Mark Campbell’s libretto is spot on…he is brilliant at cleanly adapting a story for the conventions of opera and he is a genius in creating librettos that tell the story…In adapting Stephen King’s iconic novel for the operatic stage, Paul Moravec and Mark Campbell have created a genuinely fantastic retelling of The Shining that manages to translate all of the novel’s horror in tact…” — Todd O'Dowd, L’Etoile

“…Minnesota Opera is premiering [The Shining], the scariest opera you may ever experience…From Paul Moravec’s score full of discomfiting themes that clash and collide to strongly sung and disarmingly believable portrayals of characters alive and otherwise, The Shining is an unqualified success…Moravec’s music creates tension and drives the conflict…The Shining seems destined for longevity.” — Rob Hubbard, St. Paul Pioneer Press 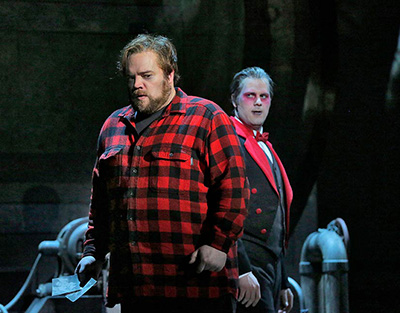 New operas can scare you for all the wrong reasons...But The Shining – and it can be truly terrifying – puts you on edge the right way, with fearless stagecraft, a daredevil score and a libretto that’s unafraid to take audiences into another world…The composer and librettist give the performers notes they can sing and act…Composer Paul Moravec comprehends the situation at hand. [He] gets that most people know this story from the iconic 1980 film…His music is not overly serious and fits into a generally lush, and even romantic score, at least in the first act. In the second, as troubled father Jack Torrance loses his sanity…Moravec drops the conventions, classical and cinematic, and etches out eerie tones where anything goes. Librettist Mark Campbell is sparse but effective with [The Shining’s] words, clever, and generous…[it’s] right on target, alternately tense and surprisingly funny…The Shining is fantasy, pure escapism and refreshing [and] feels like opera ought to feel now.” — Ray Mark Rinaldi, Denver Post

“The premiere of The Shining by Paul Moravec at the Minnesota Opera was clear evidence of the vigor of contemporary opera in America. The opera, based on the Stephen King novel… is a solid piece of work, dramatically effective, musically successful, and destined to be popular…The Shining received a stunning production that realized the full potential of the score. Librettist Mark Campbell has done an effective job of reducing King’s 400+ page novel into a two-hour opera. The essential elements of King’s tale are present…[and] the orchestral writing is especially outstanding. The orchestra supports but never obscures the vocal lines. Sounds from the orchestra fit the text and mood, and the final powerful cataclysm is one of the most effective moments of musical pictorialism I can recall…I have no doubt that The Shining will go on to other productions…Many more audiences will stand and cheer.” — Peter Alexander, Sharps and Flatirons.com